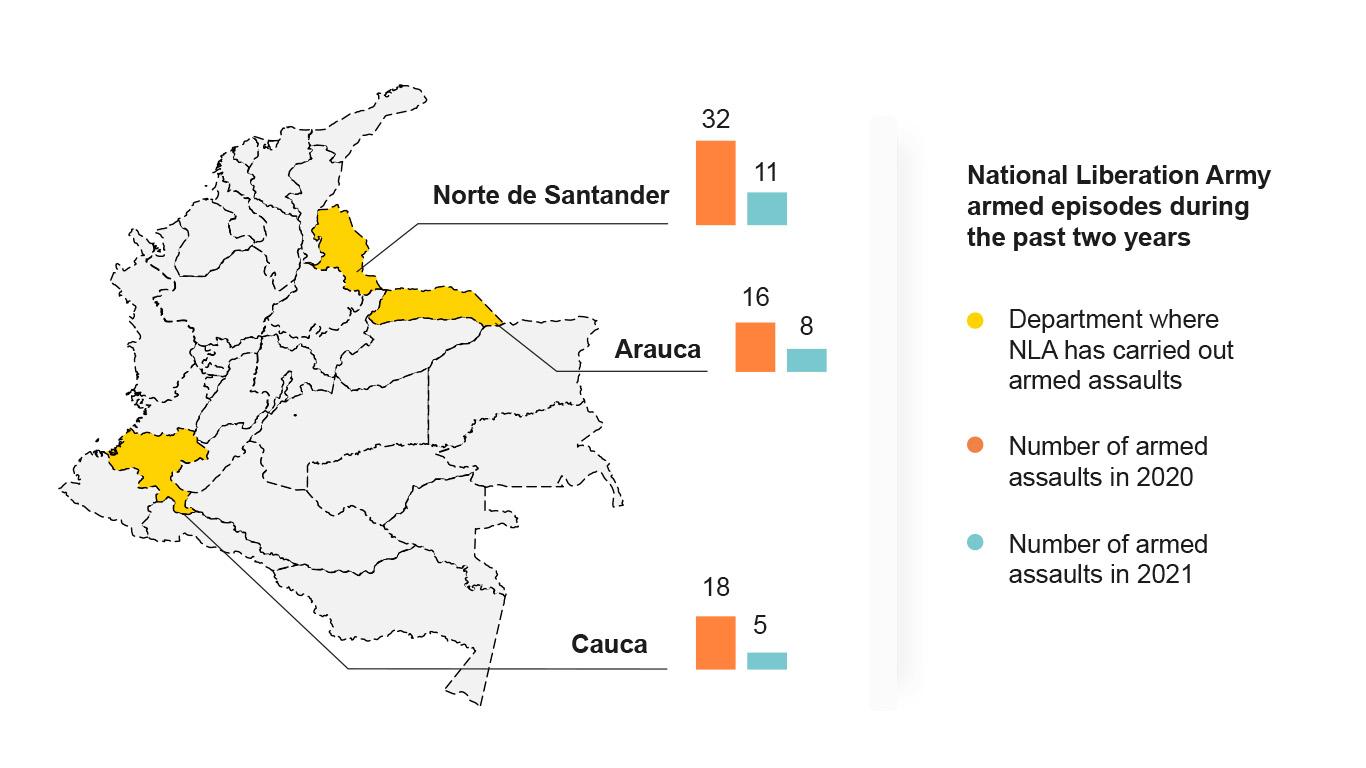 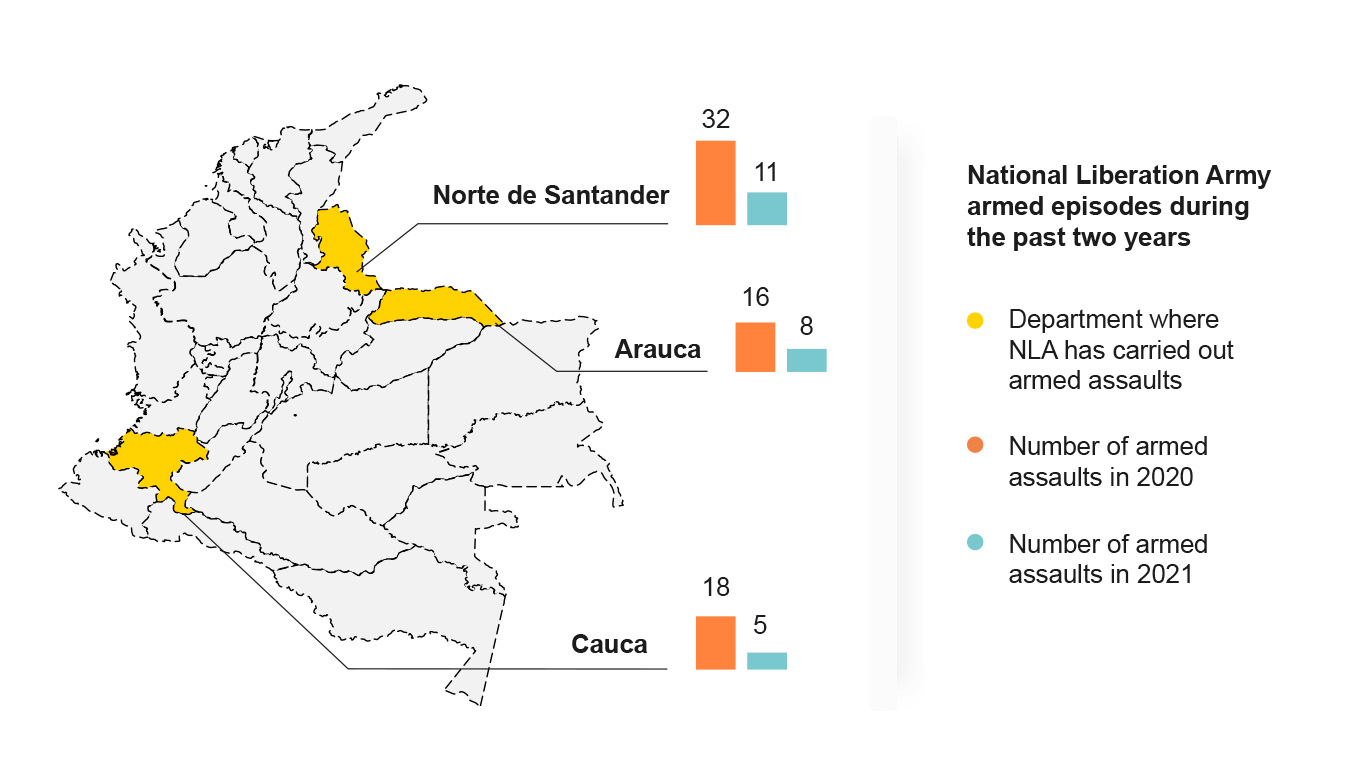 Colombia is going through a transition period in which the armed conflict has not been completely overcome, facing its reconfiguration and other effects derived from the deterioration of citizen security conditions.

Following the signing of the Colombian Peace Accords, progress is not what was expected. In several regions of the country, the National Liberation Army (ELN) has gained territory – just like the dissidents of the Revolutionary Armed Forces of Colombia (FARC) and criminal groups such as the Clan del Golfo - and the State is unable to react to protect the population. Security governance at the local level is very weak and this is taken as advantage by groups with diverse illegal interests, dispersed, without clear leadership and without much chance of unification.

In terms of territorial control, although there has been progress in captures and reduction of coca cultivated areas, actual production is more efficient and remains at the highest levels on record. For the third consecutive year, there has been a reduction in the area planted with coca and its production continues to be at the highest level in the historical series. During the last five years, cultivation has been concentrated in border areas and in geostrategic areas for cocaine trafficking. This precariousness in territorial control, as well as the dispersion and variety of factions of illegal groups, allows the continuation of a low-intensity conflict sustained over time.

Homicides, murders against leaders and the use of firearms are increasing at rural and urban levels for the first time in recent years with multiple explanations aggravated by the pandemic. The crimes of extortion and robbery keep increasing, while the perception of citizen security is negative. 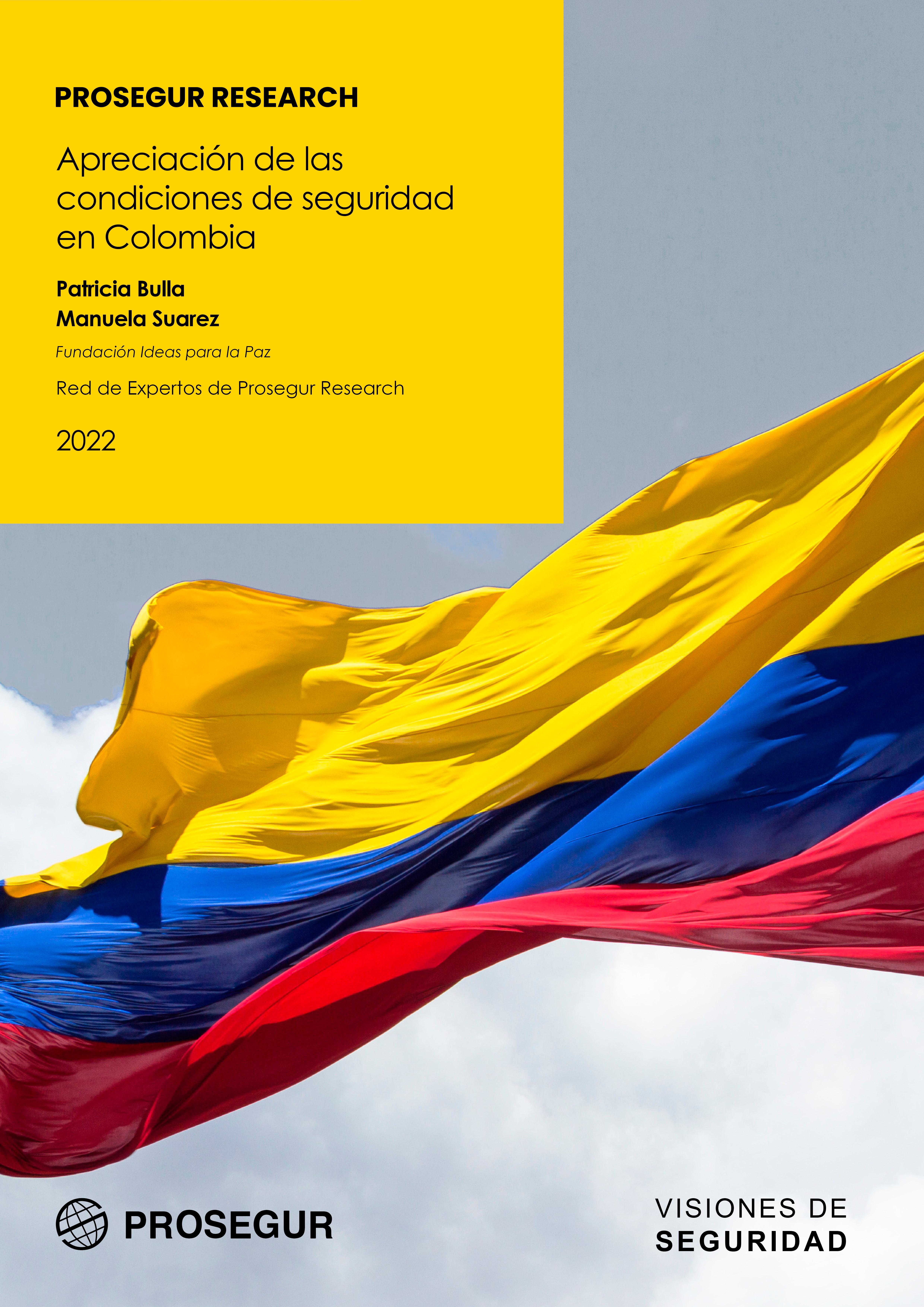 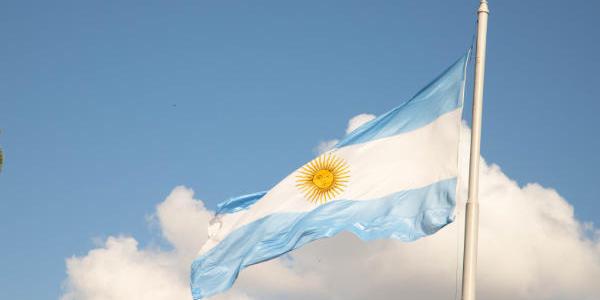 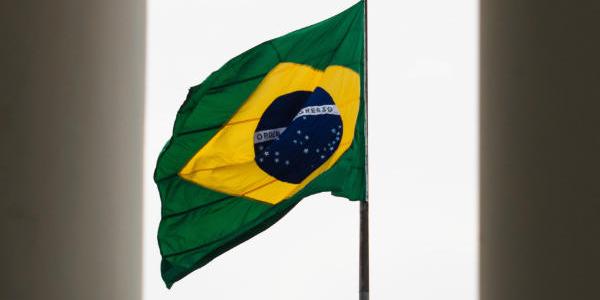 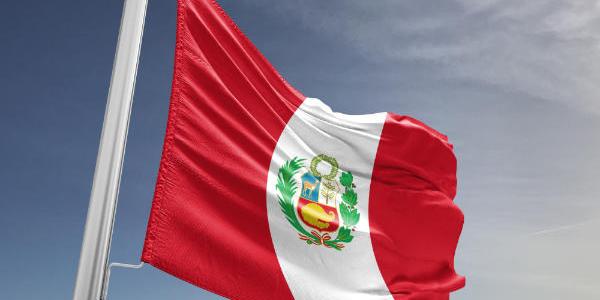